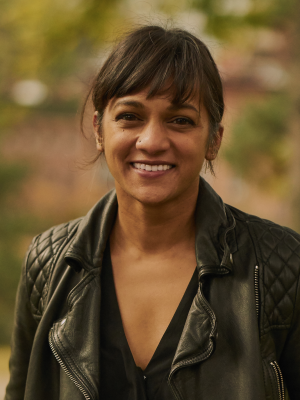 As Special Advisor to the CEO of the non-profit American Forests, Benita Hussain sits on AF's Executive Team and oversees national partnerships, campaigns, and special initiatives, including the organization’s Tree Equity and 1t.org campaigns. Prior to joining American Forests, Hussain was the director of the 10 Minute Walk, a national campaign led by The Trust for Public Land aimed at expanding parks and green spaces across 300 U.S. cities, which was named as a 2020 Fast Company World Changing Idea under her leadership. Previously, as a Director at the Wildlife Conservation Society, Benita oversaw the $150 million non-profit’s crosscutting work on climate change, sustainable finance, and food systems. Prior, she was an environmental policy advisor to Mayor Mike Bloomberg, for whom she helped shape his global agenda on urban climate action, including the Global Compact of Mayors, and to former Boston Mayor Thomas Menino, for whom she created the award-winning climate campaign Greenovate Boston. A former lawyer at Morrison & Foerster, she holds degrees from Cornell University and Fordham University School of Law. She and her writing have been featured in The New York Times, The Hill, CityLab, Fast Company, The Boston Globe and many others. Benita is also a mother of two small children, and currently sits on the Advisory Board of Colorado State University’s Salazar Center for North American Conservation, started by former US Interior Secretary Ken Salazar in 2019.