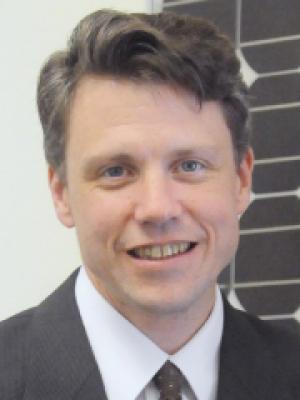 Steve serves as Senior Program Director for Climate Adaptation Resilience in ISC's Urban Program. From 2009 – 2011, Steve was the Managing Director of the Climate Leadership Initiative where he managed community-based and sector-based adaptation projects in the Pacific Northwest, catalyzed the Southeast Florida Regional Climate Change Compact as a model for regional scale adaptation and co-founded the American Society of Adaptation Professionals to serve as a community of practice for practitioners working in various sub-fields of climate adaptation.

From 2007 – 2009, Steve served in the administration of Florida Governor Charlie Crist where he directed energy and climate change policy development, managed the staff of the Florida Energy and Climate Commission, and secured over $170M for Florida in energy-related funding under the American Recovery & Reinvestment Act. In 2007-2008, Steve served as the Staff Director for the Governor’s Action Team on Energy and Climate Change and played a key role in developing and passing Florida’s landmark 2008 Energy and Climate Bill (HB 7135). Previously, he served as the Policy Director for Florida's Department of Environmental Protection where he led agency-wide policy development on issues ranging from ocean protection to energy to information technology. In 2002-2003, he served at the U.S. EPA as Senior Advisor to Administrator Christie Todd Whitman’s Environmental Indicators Initiative, an effort that resulted in the publication of EPA's first national environmental and human health assessment using environmental indicators. In 1997-1998, he developed and implemented the FDEP Environmental Performance Management System, an initiative that twice won recognition in the Innovations in American Government program sponsored by the Ford Foundation, the Council for Excellence in Government, and Harvard's Kennedy School of Government.