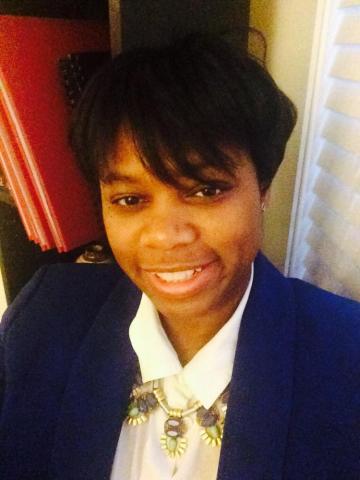 
Tamara hails from Brooklyn, New York. She is an environmental advocate focused on social and environmental justice issues. She holds degrees from The City College, City University of New York and Vermont Law School.

Tamara most recently served as Energy Communications Manager at the Maryland Energy Administration where she lead planning and development of programmatic communications, working primarily with Maryland state agencies and the Office of the Governor.

Tamara has been a proud DC EcoWomen Board Member, on the Professional Development team, since August 2014. Additionally, she is also a state representative on the Metropolitan Washington Council of Governments: Air and Climate Public Advisory Committee, and recently accepted an invitation to join the Board of Women’s Voices for the Earth, based in Missoula, Montana. She is also a member of the Washington Council of Lawyers and the American Association of Blacks in Energy.

Prior to relocating to the DC Metro area, she served as the Senior Law Clerk to the Honorable Douglas A. Brady, and the (retired) Senior Sitting Judge Julio A. Brady at the Superior Court of the US Virgin Islands on St. Croix.

Tamara graduated from the Vermont Law School in 2009, with a Juris Doctor and Masters of Environmental Law and Policy. The defining characteristic of her budding career has been a desire to work in public service, with specific attention to environmentally focused community, and government relations. She has been fortunate to hold positions with the Advisory Council of Historic Preservation, The Environmental Protection Agency, the Center on Race, Poverty and Environment, Natural Resources Defense Council, and the New York City Department of Environmental Protection, among others.

Tamara is committed to environmental advocacy work for the poor and chronically underserved, and has worked for over fifteen years to promote the principles of environmental justice, with particular attention to community capacity building, mobilization, equity of enforcement, and environmental health.

Her hobbies include travel, yoga, reading boring books about politics and neuroscience, and subsequently writing diatribes about what she reads.