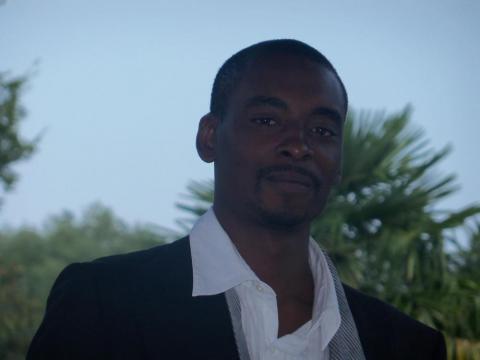 Gerald W. Bright Jr. manages the Green Stormwater Infrastructure Maintenance Group within the Philadelphia Water Department's Office of Watersheds. There he oversees the inspection and maintenance of the surface vegetation and subsurface components of the City's green stormwater infrastructure (GSI) assets. He also serves as an adjunct professor at Eastern University.

He transitioned into the role in 2012 from his former role as an aquatic biologist in the Philadelphia Water Department's Ecological Restoration Unit. His former work included biomonitoring, project management of stream restoration and wetland creation projects, hydrodynamic and habitat modeling, as well as education and outreach.

He received his undergraduate degree in Biology from Howard University in 2006 and graduated of Yale School of Forestry and Environmental Studies in 2008. His primary interests are the effects of urbanization on stream ecology and hydraulics, stormwater management, urban renewal and environmental justice. Gerald is a Philadelphia native, who hopes to one day consolidate his multidisciplinary education and experiences in a way that will allow him to help bring the City's inner-city neighborhoods and communities to the forefront of both the environmental and sustainability movements.  His past research experience includes: studies related to juvenile blue crab habitat utilization at the Smithsonian Environmental Research Center; inter-specific competition studies on the invasive "rusty’ crayfish in streams within Baltimore's Long Term Ecological Research system; as well as hydrodynamic and habitat modeling in hydraulically impacted streams as compared to restored streams.