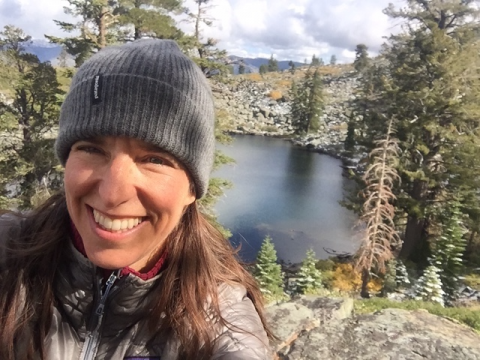 As a wee one, Brenna, also known as Brendog, brenbren, or B, dreamt of being the female Jacques Cousteau, an Olympic ski racer, or an astronache when she grew up. She soon learned that astronauts (she finally learned to pronounce the word correctly in school as her parents thought it was too cute to correct) needed to pass the vomit comet test. Alas, she forgot about the marine explorer part, and after college, realized that coaching and teaching skiing were more her speed. Today she's living beyond her wildest childhood dreams as the District Environmental Coordinator for Patagonia's New York and Connecticut stores. Along the way, she fumbled into fluency in Paris, served in Americorps with the Capitol Area Food Bank, helped run a tiny museum in Colorado, shadowed doctors and nurses in an NYC ER, and wrote a master's thesis about a coal power plant in Upstate New York. She and her husband Andy host Rivergigs, house concerts, in their apartment in Manhattan's Washington Heights. One or both of them awaken each dawn to the mighty meows of their adorable and rarely-satiated CatDog.