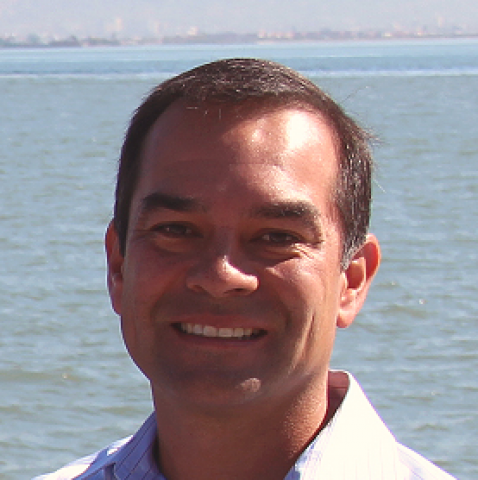 Rich Campbell is an attorney at the Environmental Protection Agency's Office of Regional Council in San Francisco, where his duties primarily involve enforcement of a variety of environmental laws, including the Clean Water Act, Safe Drinking Water Act, and the Resource Conservation and Recovery Act. Since 2007, Rich has also served on the City of Pacifica's Planning Commission, and has served as Planning Chair twice. Rich is also adjunct faculty at Golden Gate University School of Law and teaches Toxics Law. Before joining EPA in 2003, Richard practiced environmental and water law in Phoenix, Arizona. In Arizona, his practice primarily involved the representation of the residential real estate industry, and water utilities, with regard to state and federal matters involving water, endangered species, historic properties, and other environmental aspects of federal and state permitting. In Arizona, Rich also represented American Rivers with regard to water law matters associated with instream flows in the Tonto National Forest. Prior to practicing law in Arizona, Rich had an environmental externship with the Sierra Club Legal Defense Fund (now Earthjustice) in San Francisco after graduating from UC Hastings College of the Law in 1996.