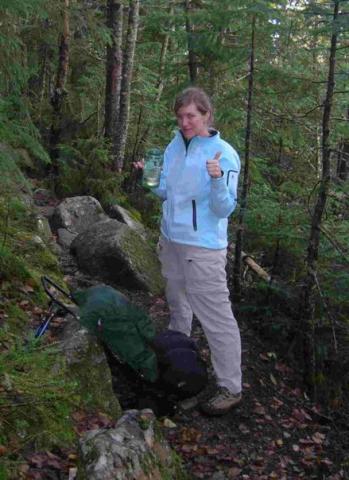 Kristen Sykes is Director of Conservation Strategies for the the Appalachian Mountain Club, America's oldest conservation and recreation organization and is based in Boston, MA. She has been with the AMC for 14+ years and is charged with protecting the lands, waters and trails of the Mid-Atlantic and Northeast, increasing the breadth and diversity of AMC's supporters - particularly through e-communications/social media and helping to get kids outside through the promotion of trails like the Bay Circut Trail. Prior to joining AMC she worked for Friends of the Earth in Washington, D.C. Her work there, investigating ethics violations by top Bush Administration environmental officials, was profiled on the PBS program, "Now with Bill Moyers." In 2011 Kristen helped organize the 2nd ELP Women's Retreat in Racine, WI. She currently lives on an organic farm on the South Shore of Boston with her farmer husband and many farm animals and she has a great affinity for craft beer.